Sampling in Krafla and Theistareykir, Iceland

In early October, two geochemists from the Iceland GeoSurvey (ÍSOR) collected geothermal fluid samples from the high-temperature fields (> 300 °C) of Krafla and Theistareykir in North Iceland. The Krafla power plant has been in operation since 1977 with an installed capacity of 60 MW, while the Theistareykir power plant came into operation more recently in 2017 with an installed capacity of 90 MW. Both power plants are run by Landsvirkjun (Iceland’s National Power Company). 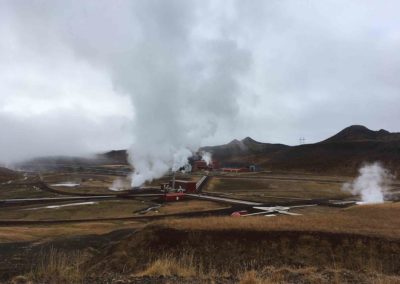 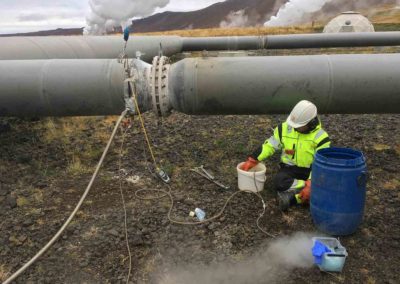 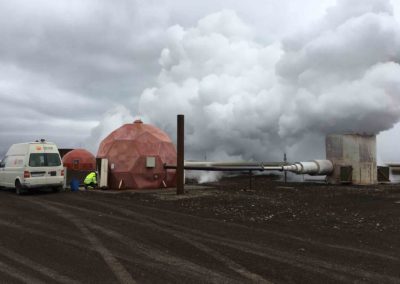 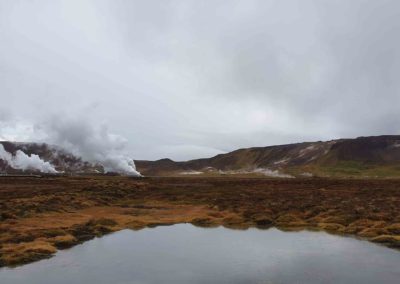 The majority of the geothermal wells sampled were two-phase wells, in which the deep fluid boils within the borehole and separates into steam and water. A few dry wells were also sampled where the fluid already boiled before entering the borehole, and thus only a steam phase was sampled. Water samples were also collected from injection wells of both fields and the cooling towers at the Krafla power plant.

Besides the conventional chemical samples of the geothermal water and steam – that will be analysed at the ÍSOR laboratory-, samples were also taken for microorganisms, organic matter, and isotopes. These samples will be analysed by the University of Neuchatel (UNINE), Hydroisotop (HI), and GFZ Potsdam (GFZ), respectively. 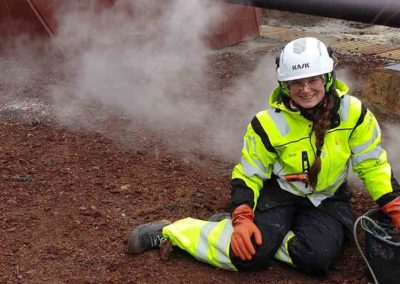 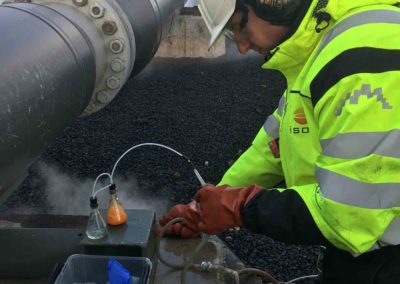 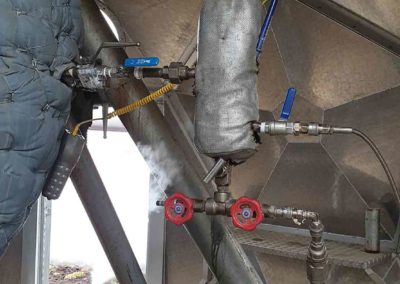 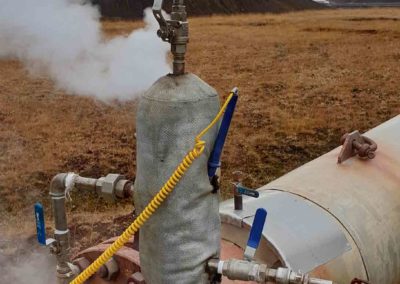 All the data collected during the project life will be implemented in a European geothermal fluid atlas and in predictive models allowing to provide recommendations on how to best operate geothermal systems for sustainable use.