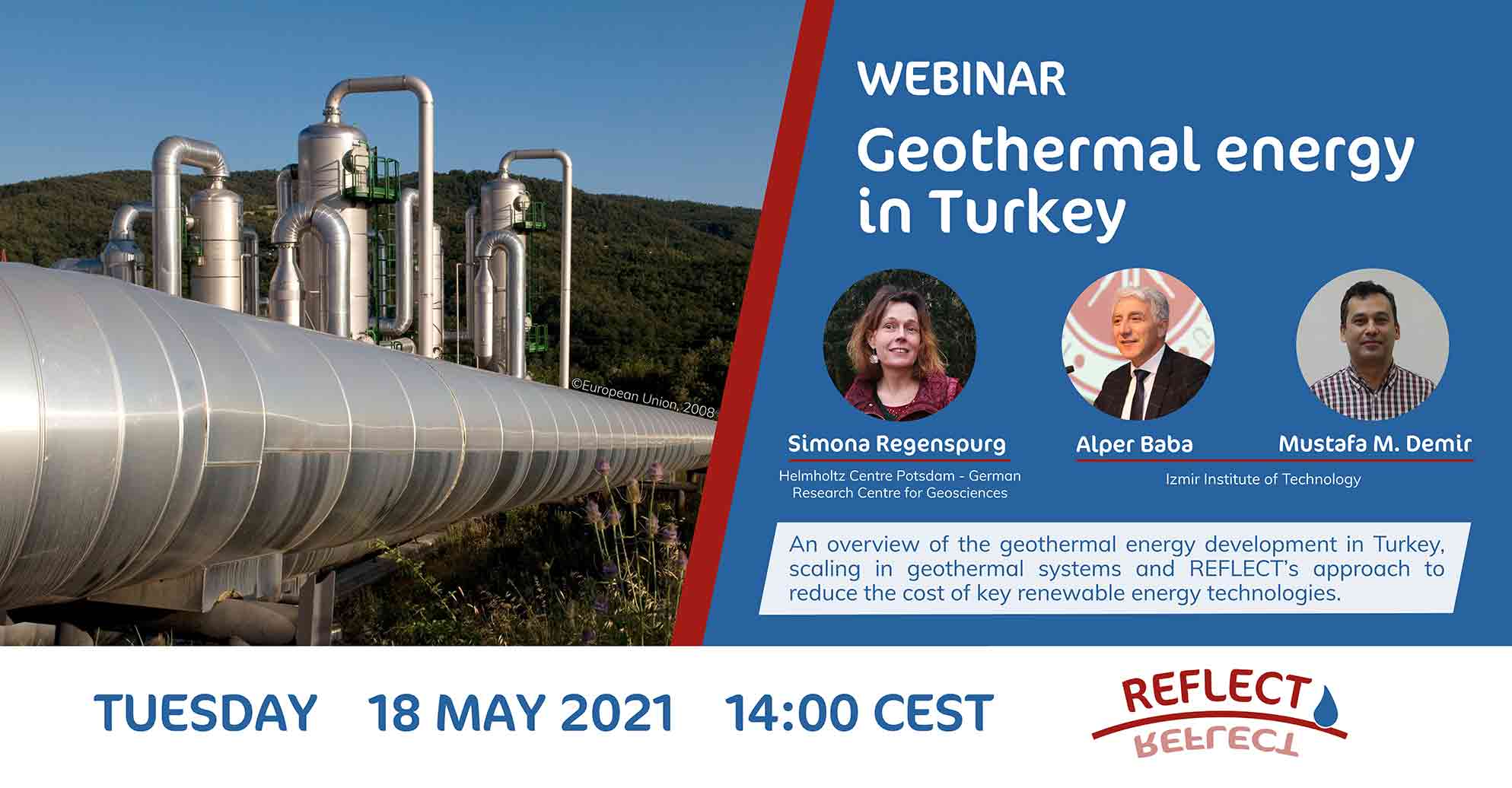 The REFLECT project is organising the webinar ‘Geothermal Energy in Turkey‘ on 18 May 2021 (14:00 – 15:45 CEST). Turkey has a high geothermal potential due to its geological and tectonic settings. The webinar will provide an overview of:

The host of the webinar will be REFLECT project manager Katrin Kieling. Project partners Alper Baba, Mustafa M. Demir (University of Izmir) and, REFLECT scientific coordinator Simona Regenspurg will be the speakers.